Why is “The Body Book” Important to Me?

Why is “The Body Book” Important to Me? 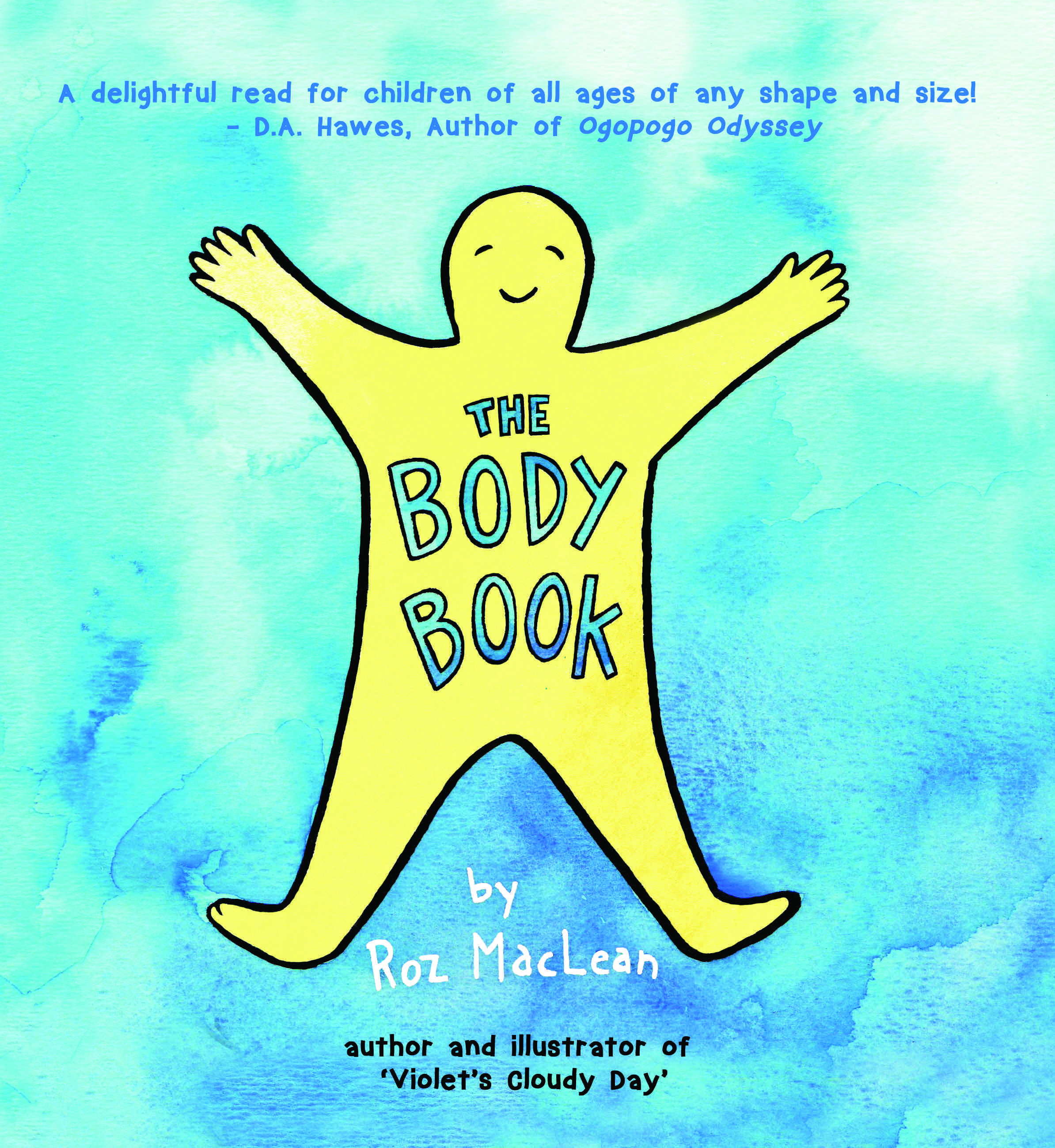 The Body Book is the culmination of my life having a female body in our society.  I have been able to reflect on my experiences as a young girl, adolescent and woman, and to learn that the experiences that caused me grief weren’t just a problem for me.  They are part of what it is to be female in our culture. Knowing that I am not alone, and that these problems haven’t gone anywhere, has motivated me to create The Body Book.

The challenges I am referring to are about the expectations of female bodies and roles in the world.  Both are connected by an ideal of “taking up less space,” something The Geena Davis Institute is doing important work on. They have researched the representations of females in children’s media, addressing issues around the smaller percentage of female characters in TV and movies, the body shapes of these characters, gender roles in relation to occupation, and sexualization.  Even in the relatively safe world of children’s TV and movies, girls are receiving limiting and potentially unhealthy messages around their roles and bodies.

The classic example is the Disney princess.  Anyone who has been around little girls lately knows that they adore Elsa, they want to be Elsa, and Elsa is the epitome of all that is good and right in the world.  Also. . . Elsa’s waist is about half the circumference of her head. This has a real effect when girls look at their own body (not to mention skin and hair- Elsa is literally the whitest she can possibly be) and compare themselves to Elsa.  Something I feel that I haven’t heard enough about when it comes to fictional representation  is that what children see on screen, they are capable of taking as literally true.  While they may know that, “it’s pretend,” that doesn’t mean they know that every part of the representation is pretend. To them, that tiny waist is entering into their unconscious of what goodness should look like in a body.  It may be impossible, but that won’t stop the inevitable comparison of their own body to Elsa’s, and their inevitable failure to match it.

he Disney princess comparison is nothing new, and in my day was all about The Littlest Mermaid’s Ariel.  I remember comparing my own little chubby body to the pretty, voiceless (voiceless- just a little problematic, right?) and petite mystical representation of femininity. I felt embarrassed that I was so far removed from what a girl should look like, but found comfort in telling myself that it was ok because when I grew up I would find a way to be thin. I also wanted to be Barbie when I grew up, and my mom will corroborate my story about stretching my short curvy legs in front of me in the car and asking why they weren’t thin.

As an adult I am confounded that Barbie is still around.  Though research on the effects of Barbie on body image is scarce, and possibly impossible to isolate amidst the hurricane of incredibly thin and hyper sexualized women that makes up our visual world, it is OBVIOUS she is not doing young girls any favours.  While her defenders claim that kids know her body is impossibly unreal, it is common sense that children look to representations of womanhood to figure out what is ideal and acceptable. There are enough women going to extremes to look like Barbie in their teen and adult life that we can’t pretend it’s not a thing. If nothing else, the fact that Barbie originated from a sex doll (this awesome podcast talks about her secret history) should tell us what kind of role model she is for young girls.

When only thin, petite, and sexualized role models are created for young girls, we are telling them not only what it means to be female but that they are failing at it when they do not fit this mould.  The health effects can be full blown anorexia and bulimia- the prevalence of these life limiting and threatening eating disorders in children and adolescents is on the rise.  I, and my family, experienced years in the nightmare of anorexia as I struggled with my physical and mental health.  It was the worst.

I acknowledge that I can’t blame my experience with anorexia solely on the media and toys.  There were other factors too, of course.  But the idea of changing my shape to become “good” was too tempting to resist. It was not logical, but the connection I had made between thinness and goodness preceded logic. And the media at the very least didn’t help.

There are traits that predispose people to eating disorders, like sensitivity, anxiety, perfectionism, holding one’s self to an unrealistically high standard, insecurity, and genetics.  There is also the idea out there that it is  a “white girl problem,” though people from all backgrounds get eating disorders and this attitude only acts as a barrier to support. Maybe only these sensitive people will take the messages of the media and advertising culture to extremes?

I would say that we should acknowledge that this is a sizeable chunk of the population and respect their need to develop in an emotionally healthy way. . . but regardless, it’s not like everyone else is off the hook. Even if the effects of our obsession with thinness are not extreme enough to be diagnosed as a mental illness, there are still consequences.  The NYC’s Girls Project has offered some useful info, like the fact that over 80% of ten year old girls are afraid of being fat, and that by middle school up to 70% of girls are dissatisfied with at least two parts of their body.  Body satisfaction hits bottom between the ages of twelve and fifteen. To make the point again; 80% of girls are constantly experiencing fear. That has an effect.

The underlying belief that your body is not good enough, that you need to police it and monitor your diet to avoid becoming fat, or that you should feel shame for being fat (as well as facing real life abuse and harassment), is like a constant low hum that informs every thought you have.  This is exhausting.  Girls learn early on what calories are and that they’re “bad.”  This narrative inhibits positive self esteem.  It creates paralyzing self-consciousness and a desire to go unnoticed, stopping girls from speaking up and taking part in enjoyable activities.  It is hugely distracting.

When you see how our media and society shames fat people, opting for silence and invisibility makes sense.  Kids don’t just get bullied on the playground for being fat, it happens to adults too. Our culture is obsessed with fat-shaming, and you’d think that the mean kids just grew up and got jobs at magazines. Every time a child is in line with their parent at the grocery store checkout they will see scorn directed at the “worst bikini body,” which is rumpled with rolls and cellulite. Home making guides mock the former fat versions of triumphant thin women who pull on the waist of their comically large pants. Can you believe she was ever so big? Thank goodness she pulled herself together and is now worthy of celebration as a person.

Shows like The Biggest Loser summarize our cultural ideas about fat people perfectly. They’re entertaining losers to be publicly shamed until they prove themselves worthy of respect by becoming thin.

This dehumanizing attitude has very real consequences for fat people, which  is worth learning about first hand from fat writers and artists. Fat people face  discrimination in health care, the workplace, the legal system, family and romantic relationships, shopping for clothes, in recreational activities, and transportation, not to mention experiencing much higher levels of childhood bullying and real life street harassment.  Stereotypes like “lazy,” “gluttonous,” “stupid,” “weak,” follow fat people around as stand ins for getting to know their character.

Why do we even care? Why are we policing these people? Hilarious author of Shrill, Lindy West‘s words rang true to me when she spoke about fat shaming on a recent episode of This American Life (she is speaking about Dan Savage’s vocal disapproval of fat people).

It’s not about health. It’s about “ew.” You think fat people are icky. Ew. A fat person might touch you on a plane with their fat. Ew!

I could go on and on.  I think of all the mental space that this culturally constructed fear of fat has taken up in my brain and my emotions, and the space it takes up in the mental spheres of many young girls.  I imagine all the creativity, humour, curiousity, imagination, connections and friendships that could take up this space instead.

I work with kids, and in a kindergarten class recently a young (normal weight) girl said to me “I’m fat.” She said it in the way that she knew it was bad.

“No! You’re perfect!” I told her.  “You’re beautiful exactly the way you are.” But she didn’t hear me.  What she had said was already true to her.  Already, at 5 years old, she knew with certainty that there was something “wrong” with her body.  My words were a drop in the ocean.

Fat is not bad.  And it is not just fat.  As a culture we need to embrace and de-stigmatize ALL bodies.  People with disabilities need to be represented in a positive way that creates true feelings of inclusion.  The obsession with hyper masculinity, muscle size and chiselled bodies is not healthy for boys either (male eating disorders, or “manorexia” is on the rise).  By focusing on the appearance of the body we lose the point.  There are people in these bodies.  We get to LIVE in these bodies.  We get to experience the world, play, learn, create and connect.  It is such a gift.  It is our responsibility to treat the people around us and their bodies with dignity and respect.

The Body Book is my drop in the ocean for my five year old friend.  It is my She Hulk response that wants to protect little girls everywhere from feeling shame about having a body.  It is my apology to my younger self for not knowing better sooner.   I am trying to make something that is the opposite of a Barbie.  Something that says, “You are beautiful and perfect just the way you are.  Please celebrate.”

This article was originally posted rozmaclean.com and was reposted with Roz’s permission.