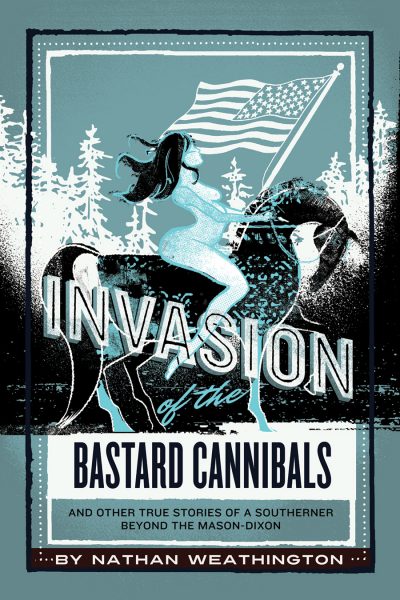 Invasion of the Bastard Cannibals

And other true stories from a Southerner beyond the Mason-Dixon

What would cause a man to leave his sheltered and conservative home in the rural South to move to the hippie-infested left coast of Canada? A woman, obviously.

In his second comic memoir, Nathan realizes that although he could make a homemade grenade as a ten-year-old, he is ill-equipped to handle a personal hygiene debate with cannibals, nude strippers on horseback, giant-scrotumed men in loincloths, or Ewoks who aggressively try to stick coffee up his rectum for no apparent reason. Follow Nathan’s offbeat and absurd musings as he struggles to make sense of the world outside of Bremen, Georgia.

5 reviews for Invasion of the Bastard Cannibals